Do nice guys always finish last? In the new Extreme Risk novel from New York Times and USA Today bestselling author Tracy Wolff, a burnt-out underdog and a vulnerable tomboy defy the pressure to be perfect and go after what they really want.

Bighearted and easygoing, Luc Jennings is falling behind in a family of serious overachievers. While he may be decent enough at snowboarding to turn pro and rack up some sponsors, he’s never topped any podiums—unlike his friends Z, Ash, and Cam. Luc’s always been head over heels for Cam Bradley, but she’s never seen him as anything more than a friend. Now, after years of coming in second, Luc can’t take it anymore—especially if it means watching Cam chase another guy.

Cam hangs out almost exclusively with dudes, and that’s fine by her. She’d much rather be shredding at the Olympics than primping in the mirror. Cam’s wildest dreams have a way of coming true—except when it comes to getting her longtime crush and best friend, Z Michaels, to notice her. Then her mother suddenly shows up after being gone for, like, ever, and Cam’s whole world comes crashing down. Desperate for a place to lay low, she turns to the one person who’s always had her back.

Try as he might to move on, Luc could never leave Cam hanging. He lets her crash at his place—and it isn’t long before she winds up in his bed. With Cam running scared and her icy facade starting to melt at last, Luc’s determined to finally win the only prize that matters. 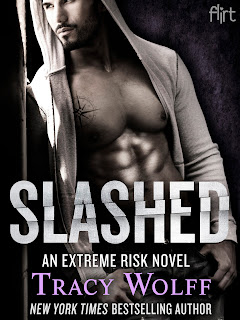 New York Times bestselling author Tracy Wolff lives in Texas and teaches writing at her local community college. She is married and the mother of three young sons. 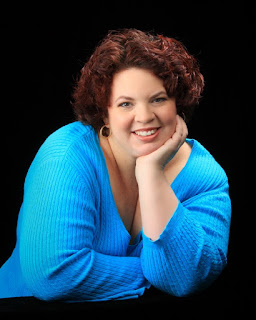 I am definitely a fan of Tracy Wolff and as always, I was thrilled to have the opportunity to read her latest novel Slashed. However, my excitement took a slight downturn, when I realized that Slashed, was the third book of her Extreme Series. Slightly disappointed that I joined the series at the tail end I pressed on toward the mark of the end.


Slashed by Tracy Wolff to the story of Cam and Luc, life-long friends with one of them just so happens to have a crush on the other. But when the story begins, they both let their guard down and got it in and now the awkwardness has ensued. But after a few chapters of painful pretense and avoidance, the two of them make friend and we then get a glimpse into their complex lives.


Cam has family drama and images that she could never erase from her memory. While Luc has to deal with the feeling of not being good enough when he’s up against his super-star snowboarding friends, Cam included. So, with all of this internal conflict brewing on the inside, you know that this could only make for some amazing chemistry and plenty of bumping and grinding for these two; and I don’t mean the kind on slopes.


I digress. Slashed had its ups and downs and bumps and bruises, but it only made for a tale that has made me a fan of Tracy Wolff. I enjoyed the duel perspectives and the dialogue between Cam and Luc and all of their friends from the previous novels in this series. There was obvious a love and kinship between them that was undeniable.


Overall, I would give this novel 3.5-stars and would recommend if you are looking for a fun New Adult, friends to lovers story, then you should jog on over and read Slashed by Tracy Wolff.
Posted by Run and Read That... at 7:01 PM