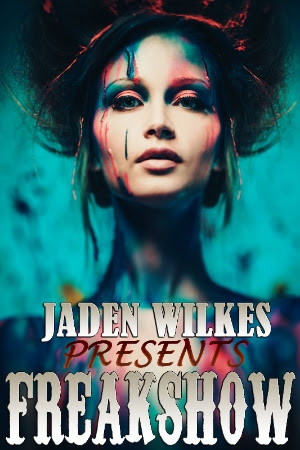 Maisy York is a freak. An oddball. One of the outliers who clings desperately to the golden mean in a futile attempt to feel normal. Born with congenital analgesia, she lacks the ability to feel pain, but this seems to mean she's unable to feel pleasure as well.


Unemployed, betrayed, and left with no other options, Maisy joins Cirque des Curiosités, a traveling circus with a heavy emphasis on the strange and exotic in order to appease the infinite curiosity of the peanut-crunching crowds.


Intending to work the concession or sell tickets, her unique oddity is quickly discovered and rockets her to the front of the house, the centre ring, the main event.


And of course there is a man. There's always a man. A Fire Breather named Cairo with the darkest eyes and most beautiful lips she's ever seen. She's swept up in his intoxicating attention, his muscled arms, his tattoos, his beard and thick dark hair...


But nothing in life is what it seems, and in a world built on illusion and deception, this lesson hits home with a blunt force.
When girls start to disappear from After Dark, Maisy is determined to find out what happened to them. Will she be able to uncover the truth in a world built on lies? Will her own life be put in danger in her relentless quest to slake her curiosity? And will
Posted by Run and Read That... at 6:08 PM No comments: 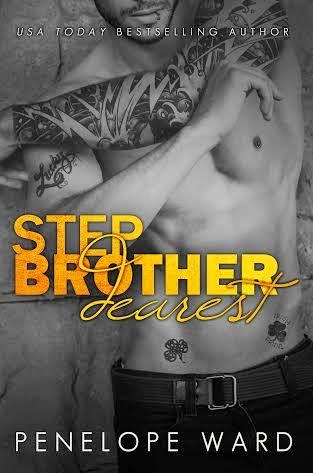 You’re not supposed to want the one who torments you.

When my stepbrother, Elec, came to live with us my senior year, I wasn’t prepared for how much of a jerk he’d be.

I hated that he took it out on me because he didn’t want to be here.
I hated that he brought girls from our high school back to his room.
But what I hated the most was the unwanted way my body reacted to him.

At first, I thought all he had going for him were his rock-hard tattooed abs and chiseled face. Then, things started changing between us, and it all came to a head one night.

Just as quickly as he’d come into my life, he was gone back to California.

It had been years since I’d seen Elec.

When tragedy struck our family, I’d have to face him again.

And holy hell, the teenager who made me crazy was now a man that drove me insane.

I had a feeling my heart was about to get broken again.

Stepbrother Dearest is a standalone novel.

Step Brother Dearest by Penelope Ward was REALLY good. I liked it from the beginning as I was introduced to Greta, who was a high school senior living with her mom and step father as she anxiously awaiting the arrival of her seemingly difficult and impossible to manage step brother Elec. Elec was supposed to stay with Greta, her mother, and her step father, who was Elec’s ‘father’ for the duration of his last year of high school as his mother went away. However, from the onset, his mission was to first and foremost make Greta’s life as miserable as he could manage. Conversely, from the moment Greta saw him, she was instantly attracted to him in a not-so-brotherly kind of way and thus the madness ensued. 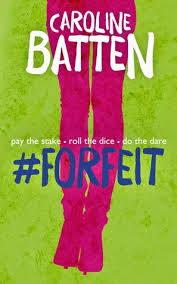 Getting divorced at twenty-five sucks

Teaching over-confident rich kids instead of designing handbags for Mulberry sucks. In fact, every single aspect of Daisy Fitzgerald’s life is one big…

#fail
Enter Xander, a veritable Knight-in-Shining-Cricket-Pads, who knocks her off her wedge heels and into his world of It-girls, players and Michelin stars.

Buoyed up on cocktails & escapism
Daisy agrees to play Forfeit, the ultimate game of dares, where a simple kiss sparks her relationship with Xander. But £25,000 is up for grabs and the game's called Forfeit for good reason.

Move over Gatsby, there's a new bunch of bored young things in town.

When I was asked to read Forfeit written by Caroline Batten, I was expecting some of the same ole usual. You know, that usual when boy sees girl, girl sees boy, and a lovely game of flirting and kink-foolery commence. And let’s not forget the horrible break in the story that leaves you waiting months for book 2 so you can pick up where the star-crossed lovers dropped off. Yeah that’s what I was expecting, but that was so not what I got as I continued to swipe right on my reader.

Forfeit, which could be known as Y.O.L.O., was a story about Daisy a twenty-five year old divorcee and Xander and twenty-two year old lover boy, whose paths conveniently cross in a quaint village town and they literally act a plum fool every time they are together. There was never a dull moment once these two collided into each other. Rather day or night or during times of random bantering between the two of them, they kept the storyline going along with an awesome cast of supporting characters that were just as outrageous as KSCP and DAF.

I must say I have never read such plum foolery before from the drinking to the drugs to the random randomness that unfolded as I continued to read. But just as I thought the story couldn’t get any more interesting, enters a game of dares called Forfeit, which was as risky as a turn at Jumanji and required the strategy as a game of Jenga. Any given turn at the game of Forfeit had potential life-long consequences that were higher than the ridiculous buy-in to play a turn. But then just as you have been reading for what seemed like eons, the plot thickens yet again and once you mix drugs, sex, alcohol, bored rich kids and social media, you get a nasty cocktail with a lemon on the side.
Read more »
Posted by Run and Read That... at 8:07 PM No comments: 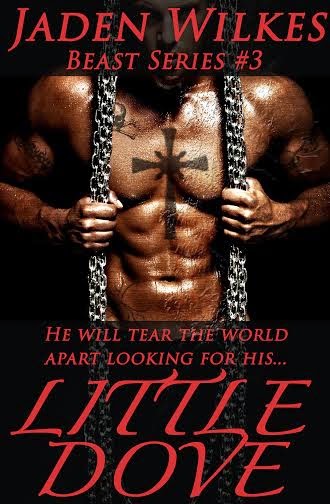 How can you ever hope to find normal when your life is anything but?

Determined to make amends for his past, and show Columbia he truly is a changed man, Dimitri sets out to right wrongs and decimate those who bring nothing but sorrow to the world.

Something goes wrong and Columbia is taken, spirited away into the underground world of sex trafficking and international crime syndicates.

Dimitri must fight his way across the Europe to find her and bring her home. He would rather see the world burn than live without her in it.

He will tear the world apart looking for his little dove.

This is a tragic story exploring the consequences of daring to love in the midst of chaos and terror.

**Book Three in the Beast Series. Books one and two are already out.

****As with The Beast, this book contains graphic depictions of physical abuse, rough sex and dubious consent. It may contain triggers for several different reasons, so please read with caution. That being said, it is also a book filled with hope, love and light in the dark

It was in the wee hours of yesterday morning that I finished the third book in The Beast saga entitled Little Dove by Jaden Wilkes. At the end of the second installment, Ms. Wilkes led me down a rabbit hole with an epilogue that seemingly had nothing to do with the love and the story of Dimitri and Columbia. I had no idea at the time where she was leading me with the introduction of such random characters in a story that I loved, but I trusted her and followed cautiously and was not at all disappointed.

In this third, hopefully not the last, of The Beast saga, Dimitri and Columbia are blissfully enjoying their lives together and the boogie man in their dreams has finally been eliminated. All seems well until Columbia’s fast-tailed little sister Eden, comes to visit and is caught in a compromising position and is on the verge of being stolen away in the night into the ugly world of human trafficking. But luckily for her, she has a sister with a certain set of skills who rescues her and finally talks some sense into that girl. However, this rescue mission is a turning point in this not so pretty love affair that forces Dimitri to nearly tear down the walls of the earth to get his Little Dove back inside of their perfectly imperfect paradise.
Read more »
Posted by Run and Read That... at 7:13 PM No comments: