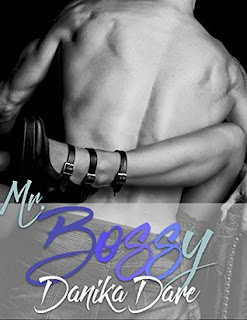 
It had been such a simple idea. Help the hot billionaire make his cheating ex jealous.
And he wasn’t just any billionaire. He was a filthy-talking Russian who was bossy as hell, gorgeous as sin, and wouldn’t take no for an answer. And he was paying well.
Thirty thousand dollars, half up front, to spend the weekend with a handsome, filthy-talking billionaire. Who could resist? Not this exhibitionist good girl.
Filthy-talking Russian.
He walked into her club looking for the type of woman who could accommodate his needs.
He found so much more.
Exhibitionist good girl.
She was in the business of temptation, and he was temptation incarnate.
He had money, looks, and a proposition that even she couldn’t resist.
Would Mr. Bossy make her break all of her rules?
Warning: This is a filthy, smut-filled, sheet-clawing, over-the-top, love story about finding forever in all the wrong places. This is romantic, smoking hot ladyporn at its dirtiest.
This standalone contains a HEA and a satisfying Epilogue. Enjoy. 18+ recommended.

I must say I was not interested in this title initially. I usually don't go for the obvious, you know those books with strip clubs, propositions, revenge on an ex... you know things like that that make the read sound so cliche-ish. But then I learn that the book was written by one of my favorite authors and so out of loyalty, I one-clicked. So, there I sat reading Mr. Bossy by Danika Dare about stripper, who is clearly a feature performer by the name of Greta. She has rules like no other "working girl" I've heard of, I mean its not like I know a lot of strippers personally, but I am going to go out on a limb with this one.Greta is the bees knees and does not go to the "Champagne Room" or  any VIP section of the club. She does not give private dances and her only duties are to shake it fast on the pole and serve drink. She is rather high-falutin with the original story of I needed a lot of money fast.

About The Wright Brother

I'd dated his brother.

He didn’t remember and I wish I could forget.

I may have sworn off the Wright family a long time ago. But when I returned home, Jensen Wright crashed into my life with the confidence of a billionaire CEO and the sex appeal of a god. Even I couldn’t resist our charged chemistry, or the way he fit into my life like a missing puzzle piece.

Too bad he’d forgotten the one thing that could destroy us.

Because Jensen Wright doesn’t share. Not with anyone. And if his brother finds out, this could all go down in flames.

When it all was said and done, was he the Wright brother?


Oh my goodness! Did I not just read the (W)right book?!?!  I mean, this was the third book I have read in 2017... I know I am a little behind, but bay-bay, this thang was good!. The Wright Brother, by K.A. Linde introduced me to Emery Robinson who was... that chick. She was who she was unapologetically.  She was strong. smart. witty, vulnerable, and all of the above, who was back home in Lubbock, TX trying to pick up the pieces of her life and begin again. Emery is talked into attending a wedding by her eclectic bestie Heidi. Now this was not just any ole wedding, it was the wedding of her ex-boyfriend's sister, who happens to be Landon Wright, who also happened to completely flip her world upside down, by dumping her like a bad habit after dating for two years in high school. Since then, Emery made up in her mind that she does not and will not laugh at the same jokes of any Wright as long as she lives. Home-girl is doing good until her kryptonite, walked up the aisle in the form of Jensen Wright, Landon's, sexy older brother.

We are so excited to reveal the cover of Children of of Vice by J.J. McAvoy,  which releases May 17th! 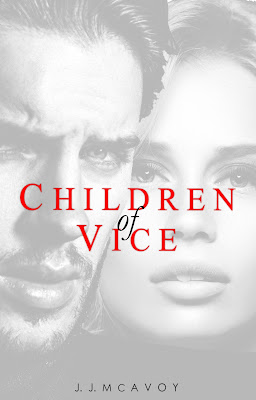 About Children of Vice

I, Ethan Antonio Giovanni Callahan, first son of the former head of the Irish mob, Liam Alec Callahan, and former head of the Italian mafia, ex-governor, Melody Nicci Giovanni Callahan, solemnly swear to ruthlessly protect our family name, business and way of life, no matter the cost to me or anyone else. I shall show no mercy, I shall offer no forgiveness, there will be no peace for those who stand against me.

I, Ivy O'Davoren, the only daughter of Shay O'Davoren, solemnly swear to ruthlessly and mercilessly exact revenge on the Callahans and all those who betrayed my father and family.

***
You devoured the Ruthless People series.
Now it’s time to revel in the reign of the Callahan children… 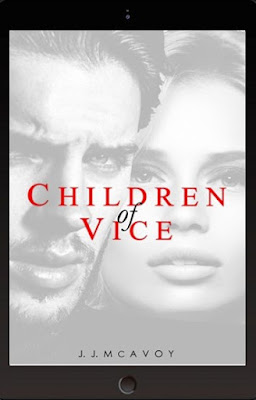 J.J. McAvoy was born in Montreal, Canada and graduated from Carleton University in 2016 with an honour’s degree in Humanities. She is the oldest of three and has loved writing for years. Her works are inspired by everything from Shakespearean tragedies to modern pop culture. Her first novel, Ruthless People, was a runaway bestseller. Currently she’s traveling all across the world, writing, looking for inspiration, and meeting fans. To get in touch, please stay in contact via her social media pages, which she updates regularly.

Connect with the Author