Beneath This Man by: Jodi Ellen Malpas 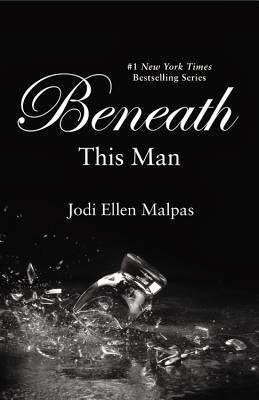 The second book in this series was for real a bit much. I mean… I guess you can drink yourself into a coma. I mean… I did have a boyfriend once that would speak in a different language when he was drunk. I guess that wouldn’t be so bad if he actually spoke another language.


I digress, (so soon in this review) in Beneath this Man Jesse has drunken himself into a stupor. There is no mystery foreign language here… ole dude has slipped into an alcohol induced coma. So, yep, and stuff…. I was not really feeling Jesse, Ava, or any of his homies at that point. I just wanted to scream at Jesse and say, “just because the girl you want doesn’t want you back doesn’t mean you drink yourself stupid. Maybe write a sad entry in your journal and but not drink yourself silly”.


Anyway, Ava stays with him until he recovers and is researching alcoholism. Jesse then awakens like sleeping beauty and professes his love for Ava and the madness continues. Their relationship consists of 47% normal and 53% of Jesse’s craziness and Ava knowing their situation is just not right but can’t turn away because she loves him. At least she finds out how old he really is in this installment.


Her best friend is now a member of the Manor and is dating/sexing one of Jesse’s friends and is still of no support. Well, that all depends on how you want to define the word support. So, at this point in the series, I have become inspired to define support by re-mixing a quote from the Scarlet Ibis about pride being a wonderful and terrible thing with a seed and two vines and such.  Ava’s support system can be defined as a wonderful, terrible thing, a seed that bears two vines, peace of mind and kink-foolery.


The ending of this book was a bit much for me, meaning it was just a bit much. Basically, that is the only way I can describe it but I continued to read on to see what confessions were in store for me in This Man Confessed.
Posted by Run and Read That... at 7:12 PM