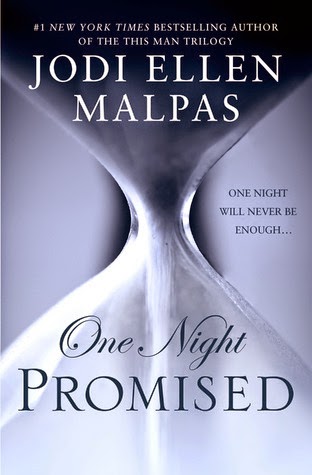 Livy notices him the moment he walks into the coffee shop. He's heart-stoppingly stunning, with a blue-eyed gaze so piercing she's almost too distracted to take his order. When he walks out the door, she thinks she'll never see him again. Then she finds the note he left on his napkin . . . signed M.

All he wants is one night to worship her. No feelings, no commitment, nothing but pleasure. Every defense mechanism Livy has adopted during her solitary life is at risk of being obliterated by this confounding man. He's obnoxious but well-mannered. He's a gentleman but aloof. He's passionate but emotionless. Yet the fascination is so powerful, Livy can't deny him . . . or herself.

M awakens something in Livy, something deep and addictive that she never knew existed-and that she fears only he can satisfy. But she senses that behind the fast cars, fancy suits, and posh apartment, he's aching inside. To have him, body and soul, she'll have to brave his dark secrets. Delving into his world and breaking down his defenses become her obsession-an obsession that could shatter her heart beyond repair . .

I can honestly say that I had a book hangover after reading One Night Promised. I read the ending and other parts multiple times just to see did I miss something or to revisit how and when something happened that accumulated to an ending that had me grasping at my pearls. I mean once I started getting into the story of Livy, a goodie-two-shoes who lived with her grandmother, and the mysterious “M” who was an anomaly all by himself, I was hooked. And from the instant these two met, there was an attraction that would take them both down a path neither of them had anticipated or was prepared for what laid ahead of them.


Initially I thought Livy’s behavior was too good to be true. Almost as if she had been a wild child who over –corrected her behavior and has sworn of men, alcohol and all things fun. So, as I continued to read, I learned that I was completely correct. That Livy was a certified party girl at one point in her life in all the wrong ways and for all of the wrong reasons which clearly explained her anti-Y-O-L-O  leash on life in her multiple pairs of Converse.


Now let me tell you about this “M”. He initially comes off as the stereo-typical Alpha Male with the I-like-what-I-like-when-I-like-it-and-how-I-like-it attitude. But there is some things about him that seem a tad bit not quite right. Of course he is gorgeous, mysterious, a tad moody and has money out the woo-hoo, but there is again just something off about him. Like why is he always taking the stairs? Is he hiding some thing or from somebody or something from somebody? And why would he engage in kink-foolery that involved chocolate and stuff and is surprised that there is a mess to be cleaned and is visibly upset about it?


I digress. I absolutely enjoyed reading One Night Promised by Jodi Ellen Malpas. It had a little of everything in it that made you want to keep reading more and more about the interesting lives of Livy and “M”. I really did not know what to expect when I started reading this novel. However, I do know,  I am now putting forth a valiant effort to patiently await the release of One Night Denied, because the story of these star-crossed lovers is definitely turning into “my thing”.