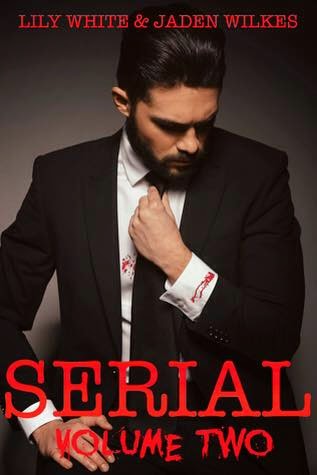 Jude Hollister kills. Born with everything, wanting for nothing, murder has become his addiction. He kills women who entice him. He immortalizes them while they’re still young and beautiful. How will he manage to save the one woman he loves?

Ronnie Lapierre is a survivor. Born with nothing, she’s struggling in a dead end job with an abusive bastard for a boyfriend. Jude offers her a way out, salvation beyond her wildest dreams. What will happen when she learns his terrible secret?

Donovan Blake is the brightest mind to come out of Quantico in years. Charged with finding the Cascades Butcher, he’s perfect for this game of cat and mouse. Will his own dark past lead him to success, or drag him into the depths of hell with the most dangerous man he’s ever encountered?

Hearts will be broken, families destroyed, and good men will turn evil. In the end, only one will remain. Find out who survives in this intense story of love and ruin.

You will hate yourself for loving him.

Even though I had recently read Serial Volume One by Lily White and Jaden Wilkes it took me a minute to get into Volume Two, I am not quite sure why but I am going to say that it may had something to do with the introduction of Patty Wilson. Patty was a high school drop-out who fell into the dark world or sex, drugs, and stupid and was led around by her no good pimp-slash-boyfriend-slash-baby-daddy. Although Patty had a story fitting for a cable network weekly movie, she was an ideal target for The Cascade Killer or CK, if he hadn’t been preoccupied with being dangerously in love with “Pet”.

All of the characters from Volume One are present with Donovan Black and Emily Chase’s story being brought to the forefront as the investigation of CK heightens. However, the more I learned about Donovan the more I begin to think that he and Jude could possibly be cousins, twice removed on their fathers' side because they are both plum fools in their own right. I mean they are both just off… off the chain… off their rocker…off of something or another that is only distinguishable because one of them carry a badge.

Also in this volume of Serial, we heard more from “Pet” and I must say that I liked her a tad more this time around… Psyche, no I didn’t. However, she did seem more interesting as she and Jude began to talk and interact more. By the end of this volume there had been a complete circle being formed as all of the pieces are coming together connecting the beginning of this installment with the ending and all the pieces in the middle.

I digress. I liked this volume a bit more than the first one and it left me anxiously waiting for the next book. My recommendation would be to jog on over and read Serial Volume Two by Lilly White and Jaden Wilkes. It really does have a little of everything in it.