Return to You by: Samantha Chase 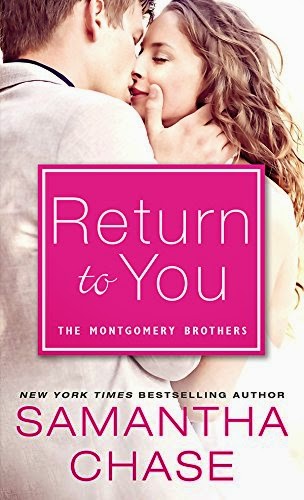 Brand new Book #4 in Samantha Chase's popular Montgomery series
She will never forget their past...

He can't stop thinking about their future...
James Montgomery has achieved everything he'd hoped for in life...except marrying the girl of his dreams. After a terrible accident, Selena Ainsley left ten years ago. She took his heart with her and she's never coming back. But it's becoming harder and harder for him to forget their precious time together, and James can't help but wonder what he would do if they could ever meet again.

It really took me a minute to become enthralled in this contemporary romance novel entitled Return to You by Samantha Chase.  I don’t know why, but I had a hard time with this one. Nevertheless, I pressed on and instead of putting this in my ‘did-nit-finish’ pile, I kept on reading and that is when something happened. It got good and I suddenly wanted to read more about James and Selena and who they were and how they came to be.
I digress. The story of these star-crossed lovers as a cute one with other characters from Samantha Chase’s Montgomery Brothers series. These appearances were not overwhelming and although I had not read any other books in this series, I did not feel at a loss as I read about James and Selena. The story was well written and grew to have a good pace. I enjoyed the characters and even through Return to You ended, I am sure to continue to read about the Montgomery Brothers as they continue to disrupt the lives of their single relatives, one happily-ever-after at a time.
And as if you had to ask, I recommend you skip on over and read Return to You by Samantha Chase, even if you are a fan of this series or not, this story is one definitely worth the effort.

It was near midnight and Selena’s eyes felt heavy. With her head resting on James’s shoulder, she tried to focus on the ending of The Philadelphia Story. Back when they were dating, they used to enjoy watching classic movies, and finding one on the television seemed like the perfect way for them to relax after such an emotional evening.

James looked over at Selena and smiled to himself. If he could freeze this moment in time, he would. For years he had wondered if he’d ever find a woman he could come home to, with whom he could sit like this and simply relax. The woman half-asleep beside him was the only woman he wanted to fit that bill. The credits were beginning to roll, and he gently nudged her with his shoulder. “Hey,” he said softly, “are you still awake?”
“Mmm…barely,” she whispered and then yawned. As much as Selena knew that the bed would be a far more comfortable place to sleep, she didn’t want to leave the security of James’s side. She jumped when he shifted beside her to stand up. A wave of panic hit her as she prayed that he wasn’t getting up to leave. Before she could even voice her concern, James turned off the television and then scooped her up into his arms. “Oh!”

“Don’t get me wrong. I was completely enjoying being curled up with you on the sofa, but I had a feeling your neck was going to kill you tomorrow.” He walked through to the bedroom and carefully held her close as he pulled back the comforter and gently placed Selena down. Without a word, he walked back out to the living room and locked the door and turned out the lights before returning to her.
He didn’t ask permission.
She didn’t extend an invitation.
Neither seemed necessary.
Goodreads Link: https://www.goodreads.com/book/show/23167025-return-to-you
Buy Links
Amazon: http://bit.ly/AZReturnToYou
Barnes and Noble: http://bit.ly/BNReturnToYou
Kobo: http://bit.ly/KoboReturnToYou
IndieBound: http://bit.ly/IndieReturnToYou

New York Times and USA Today Bestseller/contemporary romance writer Samantha Chase released her debut novel, Jordan's Return, in November 2011. Although she waited until she was in her 40's to publish for the first time, writing has been a lifelong passion. Her motivation to take that step was her students: teaching creative writing to elementary age students all the way up through high school and encouraging those students to follow their writing dreams gave Samantha the confidence to take that step as well.

When she's not working on a new story, she spends her time reading contemporary romances, playing way too many games of Scrabble or Solitaire on Facebook and spending time with her husband of 25 years and their two sons in North Carolina. 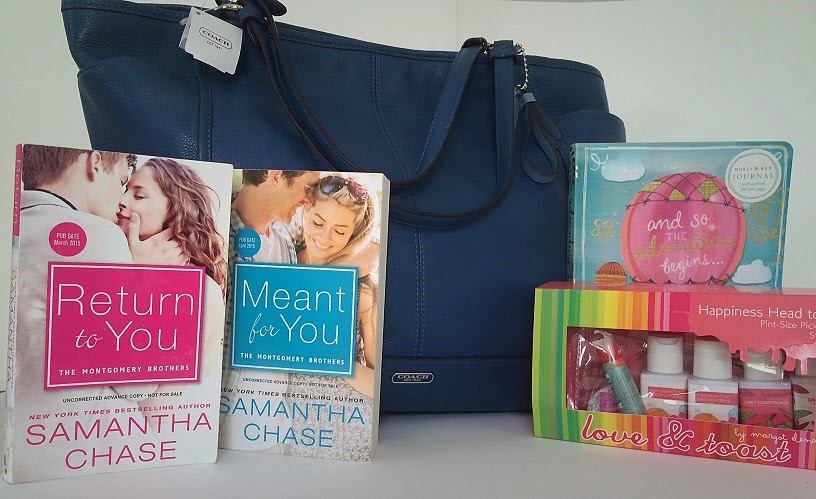