As the whole world watches, can they keep their secrets hidden? After all, everybody is a sinner…

I have to start by saying that this was a pretty good story! I mean, I knew that I liked the synopsis enough to want to read, Childstar, by J.J. McAvoy, but I was not did not know how much I would grow to like the story of Amelia and Noah. This is my first time I have read a story by J.J. McAvoy, and I must say that her style of writing draws you in and have you anticipating for what's next. Her style is detailed enough, that you feel like you are literally watching a movie or some entertainment digest or gossip column, as the story of these star-crossed lovers come to life. 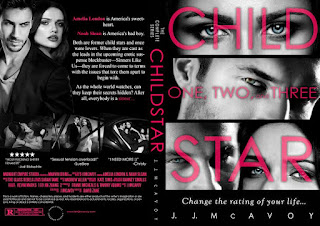 I was fortunate enough to be able to read the complete series all at once and was not disappointed from the beginning to the end. This series started with what seemed to be a story ripped from the site of www-dot-gossip-and-such-dot-com about two child stars who fell in love, but life, fast-paced and slow, got in the way. One day, they were both cast to play lovers in crime as the lead characters of a best selling novel entitled "Sinners Like Us". There were raw emotions between the two of them that festered to a head once the two of them hit the set and all heck broke loose when lines began  to blur and stirred up for real emotions. Talk about  being reunited and having the feeling feel so good! However, once this happened, the floodgates of emotions of the past, present, and future came tumbling down hill.  From hate, to lust, to love, these two felt these emotions and every time you thought things were finally turning in their favor, something else happens that leaves you wondering how they will get out of this one.

Although Noah and Amelia are the lead characters in this story, there were some great supporting characters that not only offered necessary support required by their roles, but contributed greatly to some of the highs and lows of the story. From Ollie to Austin, to Amelia's sisters, to the Callahans, to Noah's dysfunctional family, to Amelia's cray cray mother and everyone in between, each of them carried their own story and provided an element of depth to Childstar.

I digress. Overall, I liked this one and would easily give it 4-stars and recommend that you jog on over and read Childstar by J.J. McAvoy. However, I must say that there were a few extra words or a word mixing here there and there there, but Ms. McAvoy is definitely a storyteller and she did just that in this novel and has me wanting to read her series Ruthless People. 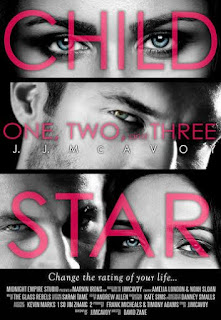 J. J. McAvoy first started working on Ruthless People during a Morality and Ethics lecture her freshman year of college. X number of years later, she is an insomniac who has changed her major three times, and is a master in the art of procrastination. If you ask her why she began writing, she will simply tell you “They wanted to get their story out.”