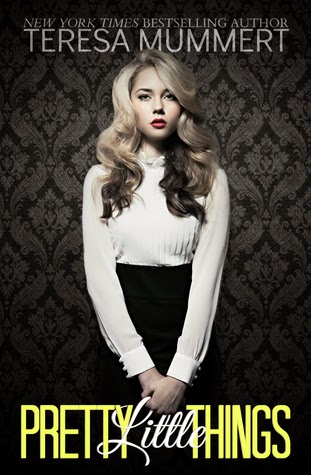 On the quest for the next read, I came across Pretty Little Things. I wanted a stand-alone novel that had the usual boy meets girl, they have a secret past with tons of chemistry and BAM…they eventually live happily ever after.  So, I ended up with Annie and Colin. There was a shroud of mystery behind these two and it took a while for me to want to figure it out.  I was under the assumption for the first few chapters that Colin was over 21-years old with all of his drinking and bossiness. However, I learned that he was just a 20-year old that received “favors” on a regular, who drank and cursed like a sailor. On the other hand there was Annie, who was timid but slightly not who had this interesting relationship with this guy, Colin, who appears to be her brother/protector yet always professing to be the “bad” guy.

The story eventually got interesting but I had this uneasy feeling of expectancy. I was waiting for something more to happen and when I felt like it was about to nothing happened.  I just felt like there would maybe a flash forward into the future when they were both adults, but nothing. Even when I got to the end, I was holding out hope, but again, there was nothing.  I had to come to terms with the notion that this was all I was getting and I needed to just deal with it. So, I did.

Overall, I thought Pretty Little Things was ok. It wasn’t bad or good… but just okay. The ending was rushed and a tad confusing and of course... missing something. I’m not sure if I will ever read another one of Ms. Mummert’s books, but I can never say never because this author can definitely tell a story. However, I just wish I could pin point what I felt what was missing from this one.
Posted by Run and Read That... at 9:00 PM