Run & Read That
presents an interview with author:
Jaden Wilkes


1.    I have read two of your novels, the first being The Beast and most recently, Therapist, what comes first, the character development or the idea for the novel?

The story idea comes first, then once I start writing it the characters take on lives of their own and wrest control from me. Any development you observe during the course of the story is from their own need to grow, not my intent.

2.    Your characters are pretty twisted; what was your writing process for introducing us to some not only warped characters but also some perverse story lines?

I get on my laptop and start banging on the keys. Not to sound flippant, but I barely plan any of these things that happen. I'm sure if I started to take the time to plan, certain things would be fleshed out more...or not...my writing tends to be fairly spartan as it is, so I don't know how much more I would add.

3.    What sparked the idea for Therapist and especially Dr. Dane?

The shower. I get pretty much the best ideas in the shower. I think it's because that is the only place I have time to myself in the midst of my hectic life. Initially I thought about how interesting it would be to have a character who was brilliant but severely flawed. Then take him, apply some pressure and watch the cracks form. The ending surprised me though, I did not see it coming at all and had to go back and rewrite some things once I knew exactly what was going on.

4.    What was your favorite part of the Therapist?

The moments we got to see the man he could be. Those quiet moments we get an idea that he was normal and emotionally stable before terrible things happened to him as a child. I think when he's daydreaming about life with Jane we see a wistfulness from him for the things he knows he could have but isn't capable of maintaining.

5.    What was the hardest part for you to write in Therapist?

Most of the sex because it was so far into the areas of dubious consent. I was rather disgusted with a lot of his views on women and his treatment of them.

6.    Is there anything differently you would have done to this book?

Perhaps, as I mentioned earlier, I might have fleshed some of the ideas out a little more. The thing was that I had to get in and out very fast with him. I tend to hold some characteristics of my characters when I write, and with him I found I became slightly depressed in real life. I had to end it where it ended or else I don't think I could have handled it.

7.    I actually began to feel a little sorry for Dr. Dane by the end of the book, will we get more of Dr. Dane; a twisted story of redemption?

A lot of people have asked for a second book. While I won't say no, I can say there is nothing on the horizon for Alexandre at this time.

I'm currently writing Perfectly Normal, a follow up novella to The Beast. This covers the time from the last chapter in The Beast to the Epilogue. After that, Little Dove...the second full length novel after The Beast. We get to know more about Columbia and Dimitri and their crazy lives. It's a very action packed, suspenseful book with a few emotional twists and turns that will leave people hating me or thinking I'm a mad genius. ;)

What The Fuck Was She Thinking?

Run and Buy it 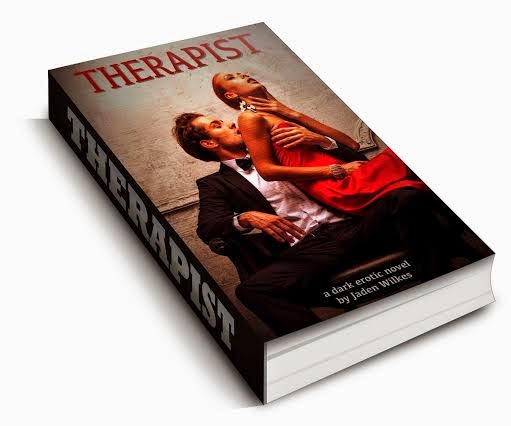