US http://amzn.to/1zoDjK3
UK http://amzn.to/1t8xf3P
AU http://amzn.to/1zoDjK3
Kobo: http://bit.ly/184iVSM
Google Play: http://bit.ly/1yIkxLY
iBooks: http://bit.ly/1zxtOYG
Book 2 in the Ruthless People Trilogy.
"One Secret. Multiple Casualties.”
Everything Melody Callahan has ever been told about her past is a lie. Her father lied. Her husband lied. But like all secrets…they come out. Not only is her mother, Aviela, alive but she won’t stop until she tears down everything Liam and Melody have spent the past year building.
With a new target on their back and the media now focused on their family as the Presidential election approaches, Liam and Melody must fight on two battlefronts. Melody is torn between being in love with Liam and wanting to kill him for lying to her. Being in love and showing love are two different things in her world. Liam wants to do anything to protect his family even if that means hurting the people he loves.
Family is everything… but what happens when they’re out for your blood? Everything they have been through is nothing compared to what is coming...


***Warning: This book contains adult language and subject matter including graphic violence and explict sex that may be disturbing for some readers. This book is not intended for readers under the age of 18.***

J. J. McAvoy first started working on Ruthless People during a Morality and Ethics lecture her freshman year of college. X number of years later, she is an insomniac who has changed her major three times, and is a master in the art of procrastination. If you ask her why she began writing, she will simply tell you “They wanted to get their story out.”
She is currently working on her next novel . . . so please bug her on Twitter @JJMcAvoy 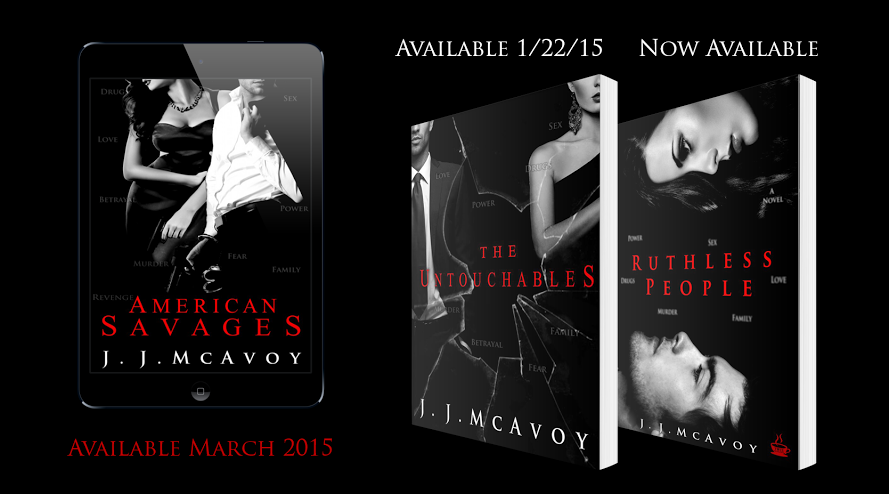