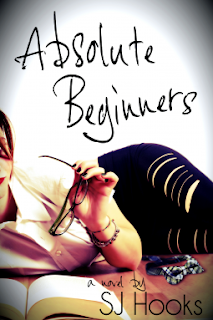 
He teaches classes on Tuesdays and Fridays. He has dinners with his parents on the weekend. He goes to the gym with his comically crass stepbrother, Matt, a few days each week. And every night, he heads home at a reasonable hour, alone.


There’s only one thorn in Stephen’s perfectly organized side: Ms. Julia Wilde. Never has Stephen dealt with a more unruly student. She’s rude, provocative, infuriating—and she dresses in a way that is completely unbecoming for a lady. Stephen can’t wait for the semester to be over, and then he’ll never have to see her again.


That is, until Stephen finds himself out of the classroom and in Julia’s apartment. Suddenly, the student/teacher roles are reversed, and the professor receives a much-needed lesson between the sheets. Stephen thought his life made sense, but after his tryst with Julia, he finds himself changed in more ways than one. Maybe he’s coming down with something.


Or maybe, something a little out of the ordinary is exactly what this stuffy professor needs to really live.

I have to say it really took me a while to read this book on my Netgalley shelf. I wasn’t too sure how it would play out. I mean, would it be too much, or too little? Would it be just another cliché? Well, it was none of that, Absolute Beginners by SJ Hooks was a pretty good read that I actually enjoyed. This was the tale of how a shy college professor, Stephen Worthington and his seemingly bright, yet antagonistic student, Julia Wilde.


In the description, you know what is bound to happen between these two, but as you read, it goes down nothing like you would think. I mean Stephen is a complete L7 who dresses and acts like a man nearly twice his age, i.e. his father. Conversely, Julia, is just who she is and gives zero “effes” about what others may think about her or her hair, clothes, or and anything else about herself. Outwardly she is a party girl, but once she and Stephen see each other at Matt’s bar, nothing stays the same.


Stephen is quickly entertained by his new favorite pastime, while Julia, to Stephen’s surprise, is equally enjoying the time they spend together. Their relationship is endearing as they begin to peel off emotional layers that have both, made them who they are and have hindered them from being who they are destined to become.


Overall, I enjoyed reading this book. It was a quick and entertaining read that was equal parts steamy and hilarious all at the same time. Also, I thoroughly enjoyed that it was told from Stephen’s POV and that was very insightful. Every character had a role that was nicely crafted into a fairly good story that was not just a cliché of a teacher student wacka chicka – wacka chicka tale.


I would give this novel 4–stars, because it was definitely a pleasant surprise and I would suggest that you jog out and read Absolute Beginners by SJ Hooks.
A complimentary copy was provided via Netgalley in exchange for an honest review.
Posted by Run and Read That... at 9:02 PM