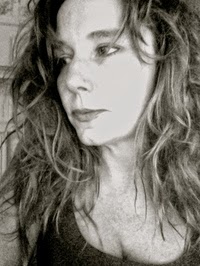 After reading Reaching Lily and posting my review I was presented with the opportunity to interview its author, Vivacia K. Ahwen. Here is what she had to say about her craft. I hope you enjoy.


SG: Congratulations on your first published book Reaching Lily! I really enjoyed reading it.
VKA: Thank you so much! And also, much appreciation for having me as a guest on Run & Read That.

SG: Why was this the ONE?
VKA: HarperCollins UK had just started an erotica ebook-only imprint, Mischief, and there was a call for books. I had just written Angels' Prey, a short paranormal...definitely covering some turf in just 120 pages: MMF/BDSM/Lords/Ladies/Servants/Angels/Demons, you name it. I sent the editor, Adam Neville, a copy. He found my sex scenes "evocative," but they were overrun with supernatural sex, and asked me to write a billionaire book. I sent him 75 pages of a comical Christmas smut novel, Maithian's Mistress;  plot a billionaire --who is an Elf-- trying to save a toy company. While Adam was amused, he wanted me to take the elf out of it. Maithian turned into Dorian, the toy company became a fitness company, et al. I tried to keep my voice in the story, and turn some literary tropes on their heads.

SG: How long did take you to complete this novel?
VKA: Since I worked on Reaching Lily on/and off over a few years, I'm not sure. For several months I was preoccupied getting Angels' Prey on the market with an indie company (the editing process was a bear), but they collapsed a month after my book release. I got back in touch with Adam, and returned to Lily. I'd missed her.

SG: And when should we expect to read more about Lily and Dorian?
VKA: I'm hoping June. Right now Mischief Books is moving to a new building, and I'm waiting on some paperwork. Luckily, the last 75 pages of the book were cut off for the sake of length and artistic differences of opinion....but I'm going to use them. So I'm already a good chunk into the sequel, Finding Lily.


Meanwhile, I've re-released Angels' Prey to fill the gap.  Gifted galley copies will be available for coming week on Amazon. Here's the link:


It's the first installment of the Dark Alchemy Series. Hope you check it out. I'm thinking it'll be a five-book flight of fancy.


SG: And how many more books will there be in the [Reaching Lily] series?
VKA: Shooting for a trilogy: Reaching Lily, Finding Lily, and Saving Lily.

SG: Your characters are quite complex, with some of the complexities yet to be revealed, so what came first? The characters or the idea for the story?


VKA: It was really a combination of both. I wrote up a "Dramatis Personae" assigning names, personalities, and appearances to the characters. Then I wrote a general synopsis. Then the characters kind of took over and let me know that they had other ideas for what their story was. Right before I'd fall asleep, a few paragraphs of dialogue, or idea for a new sex scene, or a twist would snap me awake. And then it was a few hours of writing. The whole process was quite organic.

SG: Which Hollywood (or not so Hollywood) actor and actress do you see as Lily and Dorian and why?
VKA:  Lily’s easy-peasy: Zooey Deschanel. Perfect sweet, geeky, and quietly sexy ingenue. Dorian, on the other hand, is a total shapeshifter, and I’ve pictured him in so many different ways. He’s deliberately written that way, right down to his name (The Picture of Dorian Gray). Ian Somerholder? Colin Farrell? Chris Pine? Maybe young versions of Benjamin Bratt, David Boreanz, and Jimmy Smits…Jimmy always rocked the fancy suits in NYPD Blue. For his voice/personality I totally get David Duchovny playing Hank Moody.


SG: Last question, what is your 6-word memoir that describes why readers should take notice of you?
VKA: "I came, I saw, I conquered." Sorry, I always struggle with the elevator pitch!

SG: No worries. Thank you for your time in answering these questions and I am looking forward to not only reading more about Lily and that Dorian, but also some of your other works. Best of luck Vivacia you are definitely an author to watch!!!

Now, for you, who is reading this interview at this very moment and you have not 1-clicked your copy of Reaching Lily, what are you waiting for? Run and read Reaching Lily by Vivacia K. Ahwen because she is definitely one to watch.