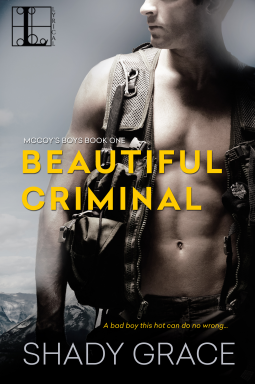 Mima Etu lives a quiet life with her sled dogs in the stunning Canadian Rockies. But that all changes when she stumbles upon a plane crash while out on a supply run. She's shocked to discover the pilot is still alive—though barely. With the sun setting and the temperatures quickly dropping, Mima knows he'd never survive the trip to the nearest hospital. So she takes the stranger back to her cabin. As he heals, his vague answers to Mima's questions about the flight tell her he has secrets. But more disturbing is the consuming, immediate attraction she senses between them.Before he lost control of his Cessna and plunged into a pilot's hell, Gabriel Miller was on a deadly mission with precious cargo. Now he's awakened in the comfort of a log cabin with a gorgeous woman tending to his every need. Her soft-spoken beauty sparks his longing for a different kind of life….and it isn't long before they surrender to a blazing passion. But their blissful days are numbered. For the owners of the cargo are bent on finding Gabriel—and once they do, they don't intend to leave any witnesses behind.

Raw. Hot. Unexpected. Those are the words I would use to describe Beautiful Criminal by Shady Grace. It was also short, sweet, and to the point. Just how I like it! Let's talk a little bit about language. If you're the kind of person who likes flowery words and long poetic sentences, this is not the book where you'll find it. It's written in an everyday, direct conversational style that makes it an easy read. The very direct way in which the two main characters communicate and engage with one another sometimes had me turning away from the page and blushing. Did I say "hot" already?


Grace's development of the male lead in this book was detailed yet mysterious, adding to the sexiness of his character. Never before would I have considered a male protagonist like this one. Grace was able to create a depth to Gabriel that is matter-of-fact and relatable. He isn't just a criminal - he is a man with a history... and a heart. On the other hand, Mima's character is a little on the bland side. There was not much to her. I just figured it was an opportunity to see myself in Mima's shoes as a main character. Both characters adequately represent those in their late 20s, early/mid 30s - enough experience to tell a good story and have the perverbial battle scar, but still at a place where change is inevitable and even encouraged.

So, run and read? Absolutely! So much so that I look forward to learning more about "McCoy's Boys" in future installations of the series!
Posted by Avid Reader at 8:39 PM