Blog Tour: TOO MUCH by: Lea Griffith

Jeremiah Copeland and Daly Edwards have a history. Even though he grew up a criminal struggling to care for two younger siblings, and she’s the pampered daughter of a power-hungry senator, they formed a bond that nothing could break. Only a lack of trust ripped them apart.

Seven years later, Daly has reason to believe that Jeremiah’s brother is in trouble. She reaches out to Jeremiah the only way she knows how: at his BDSM club, The Underground. But one look ignites a heat she thought had cooled forever. As Jeremiah takes control of her body once again, Daly quickly loses control of her carefully rebuilt world. Too much has never been enough between them, and as danger swirls in the shadows, Jeremiah forces Daly to recognize what has never changed: She still loves him. His command is that she return her heart—and he will make her obey.

Well, I must begin by saying that this novel is definitely hot! Full of raw attraction, tom-kinkery, and dirty talk between Jeremiah and Daly, Too Much, by Lea Griffith, pulls you in and keep you turning the pages. However, I must say that while attempting to Too Much, I realized that it was a bit too much for me. There was definitely a story line there. The writing was good enough. The characters even seemed interesting enough. But the plot just didn’t hold my attention. Maybe it was just too much, too soon, or maybe it was just me. Whatever it was, please don’t let that stop you from taking a jog to read the sexiness that was in Too Much.

Lea Griffith began sneaking her mother’s romance novels at a very young age, cutting her teeth on the greats: McNaught, Woodiwiss, Garwood. As she got older, her need to devour all genres of romance–including contemporary, paranormal, and sci-fi—grew. Now, when she’s not working her day job, you can usually find her at her keyboard, using every spare second to write. She lives with her husband and three teenage daughters in rural Georgia. 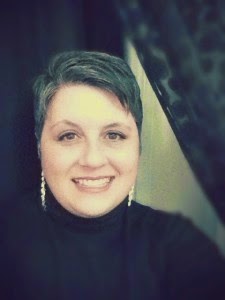 
http://www.rafflecopter.com/rafl/share-code/MjM1YmFiZTdlYjI3MzI3YWI0NTU3Mjk0OWM3MTIyOjcx/
Posted by Run and Read That... at 1:12 PM