Lost in You by Sommer Marsden 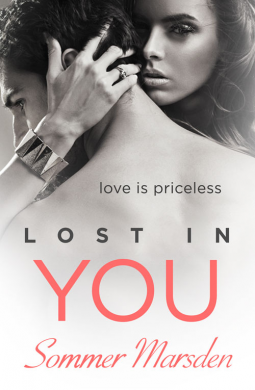 Trapped inside a luxury mall during a violent storm, small town girl, Clover Brite, is thrust into the arms of international playboy Dorian Martin. Lightening strikes inside the building as well as outside…

Clover is the site manager for the renovation of the Baltimore Rotunda and first meets the owner, Dorian, when the 'storm of the century' traps the two of them inside the luxury mall. Upscale stores surround them and all are available at the end of Dorian's key ring, and though money doesn't impress her much, they begin to fall for each other.


Too aware of the differences between them and struggling with angst from her childhood, Clover flees back to her small town world. Dorian follows in hot pursuit. But will Clover realizes that what happened that stormy night could lead to a future?

So… this was an interesting read where Clover Brite, a project manager at a mall called the Rotunda, and Dorian Martin, the owner of said mall. These two find themselves trapped in the mall during the storm of the century that lasts nearly two days. From the beginning there is obvious chemistry between these two and of course after hours and hours of being trapped in a confined space, the flirting and the kink-foolery that commence is definitely swoon worthy.


However, I had quite a few issues with this book. There wasn’t a lot of depth to either character and their back stories were just as shallow. Clover was so insecure about Damien that she came off as whinny and sometimes, just plain ole every day silly. And although Sommer Marsden made a valiant effort in making Dorian an Alpha Male, the fact that he drove a turquoise Thunderbird stole any chances of him ever becoming "THAT book boyfriend" from me like a thief in the night. Turquoise? Really?  That’s so not sexy.


I digress. If you want grammatically correct yet steamy read, with an okay storyline, by all means, take a jog over and check out Lost in You by Sommer Marsden.

A complimentary copy was provided via Netgalley in exchange for an honest review.
﻿