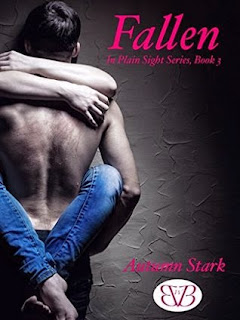 Rainie Warren has been in love with Connor since she was five. There's just one problem. Or more like twelve problems. Connor was married to Rainie's older sister, Heather. Her sister who passed away three years ago. To Connor, she had always been and would always be just a little sister. Loving Connor was a long-term, ninja-like plan and Rainie had always been okay with that. That's what she kept telling herself.

Connor Stephens had pretty much checked out when his wife had died three years ago, but as his family returns and drags him back into their lives, Connor has to live again. After seeing his family settled as much as possible, Connor tries to retreat to his mountain for a little peace and quiet. Except one wrong step and a sinkhole later, Connor knocks himself, and his memories, right out. He wakes up to a happier place in life and a sexy redhead named Rainie.

Will Rainie be able to set aside her guilt to grasp Connor in both hands? Is this the moment of fate or just momentary fortune?

Have you ever read a book that you when you finish it you wonder what will become of the other characters in the book? Well, that is exactly what happens every time I finish an Autumn Stark novel. After I had finished reading All In, book 2 of the In Plain Sight Series. So, when I was contacted about reading book 3 I was too excited because there were some many nicely develop characters and could not see whose story would be told next. And as always, I was not disappointed by book 3 of the In Plain Sight Series by Autumn Stark, entitled Fallen.

Fallen is the story of widower Conner Stephens, who has learned to simply exist after losing the love of his life. However, Rainie Warren, his assistant has managed to keep him functioning in a world that is full of color and life, despite is doom and gloom outlook. Rainie has also loved him her entire life and would do absolutely anything for him to make his life less gloomy, but Conner seemingly goes about his life in a state of perpetual mourning. Oh, did I mention that she is the sister of his wife that has gone on to glory?

Well, Conner makes a decision to change his life… well after falling in a sinkhole, he decides to go with his feelings, since he could no longer rely on his memories, as he tries to remember his life. Although, he does not remember Rainie or why she seems so familiar to him, he cannot keep himself or his hands away from her. So, what is a girl like Rainie to do? On one hand she is finally getting all she ever wanted but not the way she always wanted it.

I digress. I really liked this novel! I finally got what I was looking for from this series which was a story about one of Abby’s brothers, Conner. This story also included the awesome supporting characters that I had grown to know and love in Book 1 and in Book 2, Abby & Tony, and Parker & Jay, along with Abby’s brothers all were equally as charismatic as before in previous books.

Overall, I think this story was well written and although it is part of a series, it is cliffhanger free and can be read as standalone. I would give this read a 4-star rating and would recommend that you jog on over and read Fallen by Autumn Stark.

In case you are curious about what you've missed out on, check out my reviews of Book 1 and Book 2 in the series.