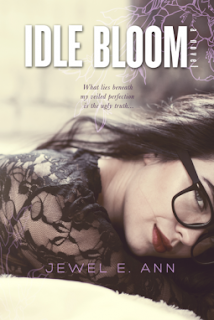 "What lies beneath my veiled perfection is the ugly truth—my truth, my reality, my destiny."

Vivian Graham has an acceptance letter into Harvard, a badass tattoo, loyal friends, ties to marijuana, a penchant for Dunkin’ Donuts, and her pesky V-card.

Everyday she takes the Red Line to her job at The Green Pot in Boston while her friends enter the coveted, black iron gates to higher learning. The ramifications from a tragic accident have put her life on hold while time marches on for everyone around her.

After graduating from Harvard Law, Boston native, Oliver Konrad, moves to Portland to start his career and his life. Three years later, after a horrific discovery, he returns home to trade in his three-piece suit for leather work boots and his suburban home for a condo in Cambridge.

All he brought back to the East Coast was an aversion to pillows and secrets he keeps hidden behind a mysterious locked door. Oliver’s days are predictable and his nights are lonely until he meets Vivian on the subway. Her long raven hair, green eyes, and mile-long legs are achingly sexy, but the way she "innocently" fingers and licks her Boston Kreme doughnut can only be described in two words—complete torture.

When their paths cross at every turn, laughter is abundant, friendship is easy, and love is unintentional. However, their future seems improbable.

It has taken me a few days to write a review after I finished reading Idle Bloom by Jewel E. Ann, because I had a difficult time trying to figure out how I would review a tale that was told so beautifully. I can honestly say I had a book hangover when I was done and even though the story was eloquently written to completion, I still wanted more. I mean, Jewel E. Ann flawlessly introduced me to Vivian Graham, who was a 21-year old, pseudo college student who was as beautiful as she was broken and Oliver Konrad, who was once an attorney, but now on the run from ghosts of his past that left him as a shadow of the man he once was.


These two, although at different stages in their lives, were both lost and had resigned themselves to a perpetual holding pattern and appear to be incapable of moving onward with their live by their own will. After several situations that land these star-crossed lovers to be together, they become each other’s refuge and with the help of loving friends and family they learn to forgive themselves and others in their past. After some realizations and revelations, Oli and Viv find themselves in happy, in love, and together.


I absolutely loved Idle Bloom by Jewel E. Ann! It had a little of everything in it from a cast of well written supporting characters, love, laughs, tears, and real situations that so many face on a daily basis, such as social issues and mental health issue. With so much happening in this story, all of the events were woven together in a way that was just plain ‘ol everyday good. I can say that there is absolutely nothing missing as everything is well paced and once I had finished, I just could believe that I had read the last word of Oli and Viv’s story. This happily ever after that was well deserved.


I would give this novel 5-stars and would definitely recommend that if you are looking for a story that will make you laugh, cry, clutch your pearls, toss your Kindle, and is beautifully written, then you should run and read Idle Bloom by Jewel E. Ann.


A complimentary copy was provided via Netgalley in exchange for an honest review.